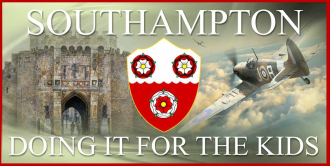 Great Oaks/The Lodge Garden is a local organisation helping with the development and education of special needs children post 15. They have a garden where they grow organic vegetables which have been planted and nurtured by the students. They have a Geo Dome that is being built by the staff and students. They take the children on short breaks and participate in the Duke of Edinburgh Award Scheme. We are raising funds for equipment to further the development of the children.
https://www.facebook.com/Thelodgemiracle/

Lewis was one of our stars of 2015. due to a few setbacks we are continuing to support him this year. He has been diagnosed with Dystonic Cerebral Palsy, Periventricular Leukomalacia, Epilepsy, Gastro-Oesophageal Reflux Disease, Pancreatic Agenesis, Myopic Astigmatism, Laryngomalacia, major gut issues. He is non-verbal, non-mobile, fed via a Gastro-jejunostomy (into his small bowel) He is 100% dependant on adults moving, changing, and communicating for him. He spent 8 months in hospital (23/12/13 - 08//14) with intestinal failure. He had numerous operations during this admission including having a Hickman line inserted to provide access to veins for IV treatment. We are raising funds to help provide specialist equipment to help his development.

Phoebe was very poorly at birth and taken to neonatal, the family were told to come meet her but also say goodbye to her as she wouldn't make it. Had her first operation at just 12 hrs old to start dialysis. It was a risky procedure. She spent 9 weeks in neonatal and then was transferred to a kidney ward where she spent 10 months. She had a few procedures done in that time one at 9 months old being her gastrostmy button (a small button like peg feeds into tummy) She went home 2 weeks before her 1st Christmas. Sadly after 15 months of dialysis she got a really bad infection, peritonitis so had to be changed to heamo dialysis. At 18 months old Phoebe lost her sight due to hydrocephalus and had a shunt put in her skull to drain the excessive fluid but it did damage her optic nerve and left her severely badly sighted with 30% vision so sees shadows and outlines, she reads large print books and she has learned Braille to read and write it. Phoebe is a happy, funny, loving, caring girl who loves everyone. An 8 year old who has a lot of energy since her kidney transplant. She takes tablets which she will take for life. She's immune suppressed so makes it hard taking her to public places because of bugs and germs. A cold for Phoebe could put her in intensive care with pneumonia. She is very clever. With her lack of sight it does cause her many accidents to happen and to have a normal life. She finds it tricky to manoeuvre around, she relies a lot on Mum's or her big sisters guidance. Her nutrition is also very important as to help her catch up growth wise although she can be a fussy eater. We are raising funds to buy Phoebe a special Go Cart so she can go out and play with her siblings, also to provide equipment for the garden so she can play safely at home.

Poppy & Alfie came into the world 12 weeks early They spent the first nine weeks of their life in neonatal. They both had a bleed on the brain at birth Poppy’s worse than Alfie’s. Along with all their other problems. This has led to both children to have cerebral palsy but after all they’ve been through the family couldn’t be more proud of both of them and how far they have come along. Doctors have said Poppy will never walk but Mummy & Daddy will not give up trying for their children to have the best life they possibly can. The NHS have been great to them in terms of equipment to help the twins develop, but unfortunately there is a year waiting list for an appointment with the wheelchair services and they really need to get them a special needs pushchair not for one child, but for two. So to that end we are raising funds to help purchase this special pushchair.
Your support really is appreciated
Powered by